In infants, a short frenulum of tongue makes breastfeeding and bottle drinking more difficult. This can often easily be remedied by cutting the tongue-tie. Preferably this is done as soon as possible after birth, but in any case before the age of three months. After that, the procedure must take place under anesthesia.

Symptoms in the infant

Symptoms in the mother

If your baby, despite having a tongue-tie, has no problems at all with drinking, then the reasons below (which may occur at a later age) can still be considerations for having it cut.

When the baby is a toddler…

Toddlers who are going to learn to talk can be greatly hindered by a tongue-tie. To learn to speak well, you need a good, flexible tongue. Also a simple thing like licking an ice cream is difficult and the pressure of the tongue against the lower incisors can create a crack.

Then later, in puberty…

You also need a flexible tongue for kissing. That will not work well in case of tongue-tie.

How often does it occur?

A tongue-tie occurs in approximately 3% of the population.

What can you do about it?

A tongue-tie can be easily treated. The most commonly used method is to divide or cut it. The cut takes 10 to 15 seconds and goes as follows: your baby is placed (wrapped in a cloth) with its head towards the midwife. She then takes hold of the tongue at the bottom, so that it is pulled up a bit. Narrow sterile scissors are placed under the tip of the tongue and the tongue-tie is cut. It is cut back close to the tongue to avoid injury to the underlying glands. A tight tongue-tie may be cut 2 to 3 times. We often see a little bit of blood, but there is no need for pain relief or antibiotics.

All of our midwives are trained and skilled in cutting a tongue-tie. 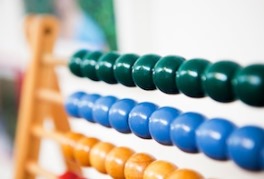