During your pregnancy, we will invite you to our practice several times to have some ultrasounds. Each one serves a different purpose and below you can find some more information about them: 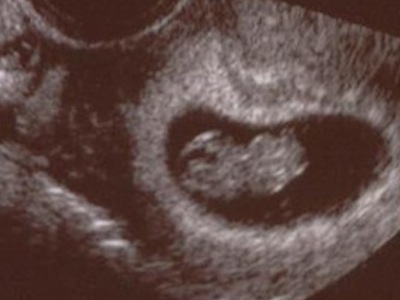 The vitality ultrasound (or the 8 week ultrasound) is intended to demonstrate (the first) signs of a pregnancy in the womb. We schedule this ultrasound, if desired, around your 8th week of pregnancy.

In principle, this ultrasound is performed externally (transabdominal) and therefore a full bladder is required. The reason for this is that at 8 weeks the uterus is still quite small and it is located behind the pubic bone. A full bladder pushes the uterus slightly upwards, making it easier to visualize on an external (transabdominal) ultrasound. If, despite the filled bladder, a clear image cannot be obtained, we will propose to do the ultrasound internally (transvaginally) or to repeat the ultrasound a week later.

We do not yet determine the exact gestational age with this ultrasound. We require another ultrasound a little later in the pregnancy, i.e. the term ultrasound at around 13 weeks.. 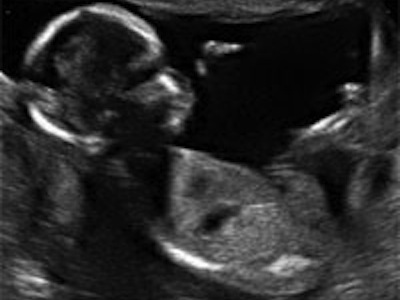 The term (or due date) ultrasound is intended to determine the exact gestational age. We offer this ultrasound to all expectant mothers. This is because the due date can be determined much more accurately and reliably with a term ultrasound compared to using your last menstrual date as a starting point.

In the Netherlands, the guideline is to make the term ultrasound between 10w0d (ten weeks 0 days) and 12w6d. Measuring the “head-tail” length of the fetus is the most reliable around this period. The measured length is then put on a graph and with this the exact gestational age can be determined. That will in turn lock the due date.

In principle, the term ultrasound is performed transabdominally, which requires a full bladder. A full bladder pushes the uterus up slightly so that it can be seen more clearly. If, despite the filled bladder, a clear image cannot be obtained, we will propose to do the ultrasound internally (transvaginally) or to repeat the ultrasound a week later. 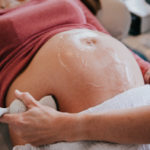 Not all abnormalities can be detected yet: Some are too small to be seen at this term and some do not appear until later in the pregnancy. Imaging may also not be optimal for all pregnant women, for example due to overweight, scar tissue in the abdominal wall or position of the child. The 13-week ultrasound is not repeated if the sonographer could not see everything well. (This is in contrast to the 20-week ultrasound, which will be repeated in case of insufficient imaging)

During the 13-week ultrasound, the sonographer purposefully does not check whether it is a boy or a girl.

The sonographer will tell you the results immediately after the ultrasound. In 95 out of 100 pregnancies, the sonographer sees no indication of an abnormality. No further investigation is necessary.

If there is a suspicion of abnormalities, a pregnant woman can, if she and her partner so wish, be referred for a GUO (Advanced Ultrasound Examination) in the hospital. This is also an ultrasound that is done by a specially trained gynecologist.

This ultrasound is covered by your health insurance.

For more information, please refer onderzoekvanmijnongeborenkind.nl (some parts of the website are in English).

The structural ultrasound examination (Structureel Echoscopisch Onderzoek or SEO in Dutch), also known as 20-week ultrasound or anomaly scan, looks at structural (physical) abnormalities of the unborn baby. This examination is preferably carried out around 20 weeks of gestational age (between 18 + 0 and 22 + 0 weeks of amenorrhea). The aim is to complete the SEO before the 21th week. The reason for this is that if abnormalities are found, any follow-up testing is often time-consuming. Once the results of the follow-up tests are available, sufficient time may need to be available to process the new information and to decide whether or not to terminate the pregnancy.

The SEO at a gestational age of 18 to 20 weeks does not find all abnormalities. It depends on the nature of the abnormality how likely it is that it can be seen. Some are too small to be seen at this time and some do not appear until later in the pregnancy. In some cases, the ultrasound imaging may not be optimal either, e.g. due to overweight, scar tissue in the abdominal wall or the current position of the baby.

A normal result of the SEO is reassuring, but it does not rule out that there are abnormalities in the fetus. Not all physical abnormalities can be seen with a medical ultrasound around 20 weeks of pregnancy. In addition, the SEO is not a genetic research either and, for example, mental limitations cannot be determined. It is important for the expectant parents to realize the limitations of SEO.

Pregnant women who decide to have an SEO carried out opt for an examination of the entire baby. The expectant mother cannot choose to not want to be informed about certain abnormalities. In addition to structural abnormalities, other relevant abnormalities may be found that require further analysis/tests (so-called secondary findings).

If the SEO rises suspicion of abnormalities, you may be referred to the hospital to carry out a GUO (“Geavanceerd Ultrageluid Onderzoek”, or advanced ultrasound examination). A specially trained gynecologist will perform this examination. There are two types:
– Expectant mothers who need a GUO based on their medical background, because there is a higher risk of abnormalities, are eligible for type 1. They can skip the screening stage
– Expectant mothers who are referred by their midwife because there is a suspicion of an abnormality are eligible for type 2

This type of ultrasound is fully reimbursed by your insurance company.

Sometimes it is necessary to make an additional ultrasound at the initiative of the midwife, for example in case of blood loss or in case of doubts about the growth of your baby. We will perform these ultrasounds ourselves in our own practice. In certain special cases, we may need to refer you to the hospital.

Blood loss can have various causes. If there is little blood loss, there is often nothing to worry about, but if you are concerned about whether there is more blood loss, it is wise to contact the midwife on duty. She will discuss with you whether it is necessary to have an additional ultrasound.

For example, the midwife may have doubts about the growth of your baby during an external examination of the abdomen and decide to perform an ultrasound to check the baby’s growth. This ‘growth ultrasound’ examines the growth of your child by looking at different dimensions. The head circumference (HC), waist circumference (AC) and thigh length (FL) are the most common measurements.

We perform the ‘position ultrasound’ at around 36 weeks of gestation. We offer this ultrasound to everyone.
Little can be seen on the ultrasound, because the baby has grown significantly and often already has its head inside the pelvis. The ultrasound is only intended to make sure that your baby is lying face down. In addition, we also look at the growth of the baby. We do this by measuring the head circumference (HC), waist circumference (AC) and thigh length (FL). We also look at the amount of amniotic fluid. This way, we hope to get a good picture of the condition of both the baby and the placenta.

Elsewhere on our website, you can read more about prenatal screening. 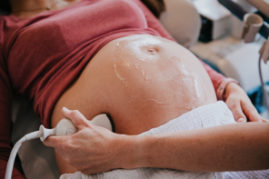